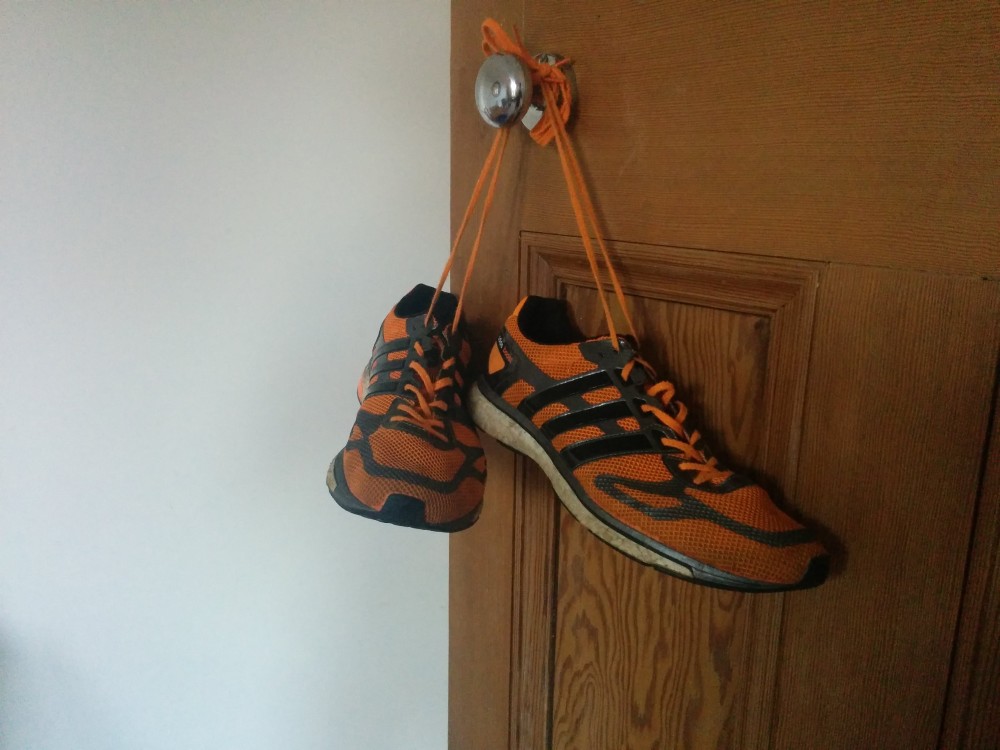 I hung up my running shoes today. For the foreseeable future.

It was inevitable really.

Running on an injury is bad. I know this. So why have I continued running with a dodgy left Achilles tendon for the best part of a year? 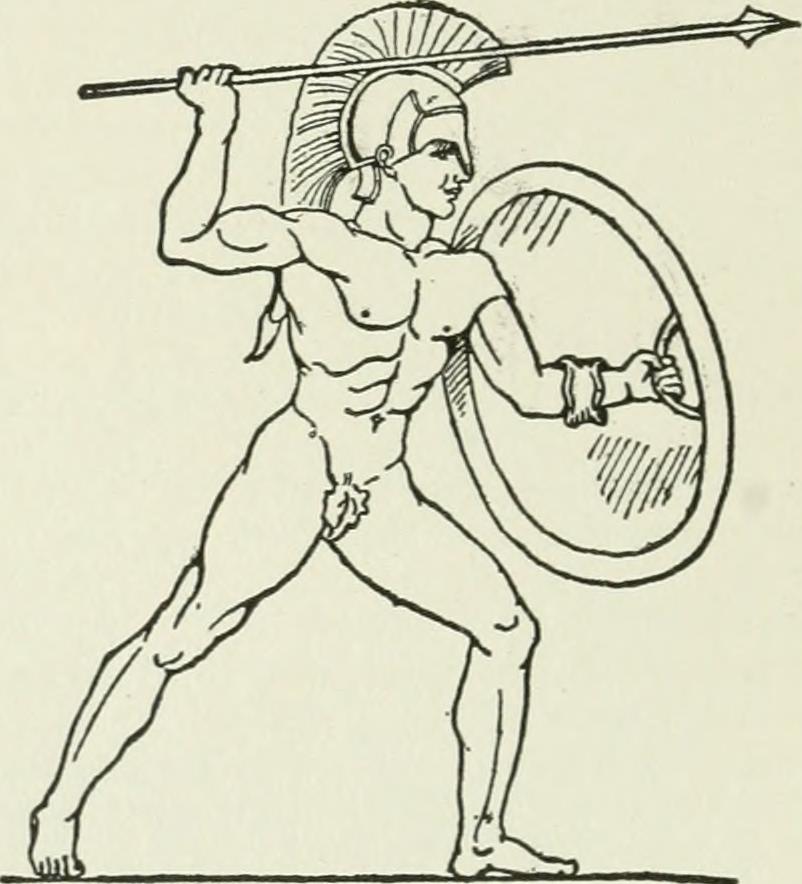 Yeah, you win, Achilles, spearing me with the outrageous arrowhead of misfortune.

Because I could, of course. But what about the should?

I can’t remember when it first kicked in. In my mind, I THOUGHT I’d been running on it for a year. But turns out (having tracked through my blog posts) it was probably February when I first noticed it.

And I’m not sure what caused the problem either. Overuse maybe.

I can recall three runs where I really felt it. The March Bernie Run, the Liverpool half marathon later that month, and the London mara in April.

Coincidentally, the three best runs of my life, including two slim PBs. So you’ll forgive me for thinking I could run through it.

I fully expected seven days off and light running the following week after London to see me right. But ever since then it’s been nagging away at my running and, this last few weeks, getting steadily more ouchie.

And to be honest, I thought nothing of it. THIS happened on every run.

But the next morning, my left Achilles felt different, like a strain.

Anyway, to cut a long story short, Wednesday saw me get a second opinion from a physio recommended by Colin Thomas, a runner who’s not had his problems to seek when it comes to troublesome tendinopathy,

I’d just spent two days limping around London and the physio’s instruction to stop running immediately (I’d already taken three days off on the trot after the Sunday) was a blessed relief.

It was like an elephant had been lifted off my shoulders.

Mixed feelings I guess. Great to finally get this unsustainable Achilles injury seen to. Absolute, complete and utter bind that a sub-2:40 at Berlin (which I may well have been on for) is out the window.

Anyway, this is what I’m going to do (once I’ve stopped limping):

#3: Go for it on the core conditioning front.

#4: Cross-train at a gym and rediscover my mountain bike.

#5: Volunteer at a few parkruns, and help out on the pre-Berlin Bernie Run, assuming I’ve not recovered in seven weeks.

#6: Rotate Voltarol and Ibuprofen gel on my left Achilles every four hours.

#7: Eat lots of fish, Haribos, and jellies. This reduces inflammation.

#8: Fifteen heel drops five times a day from a raised position down to horizontal.

#10: Get the sole of my left foot sorted by a podiatrist, and continue to investigate my breathing issues when going flat out at the end of a race.

So, injuries are not good. I know it’ll take around three months and a lot of hard work to get my pace back after the lay-off. That’s galling.

But I’m looking forward to beasting my recovery in record time with my eye on being sufficiently recovered to run Berlin without the pressure of a sub-2:40. Instead I’ll aim for sub-3 while drinking in the atmosphere.

And who knows what can be achieved with a fully-functioning left foot, which other parts of my body have been compensating for, for some time. I’ve still not given up on achieving one of my running goals for the year.

Later, running dudes. And I promise not to mention my injury recovery too frequently in upcoming posts. Get the 1st 8,000 Words for FREE
x
This site uses cookies. More info